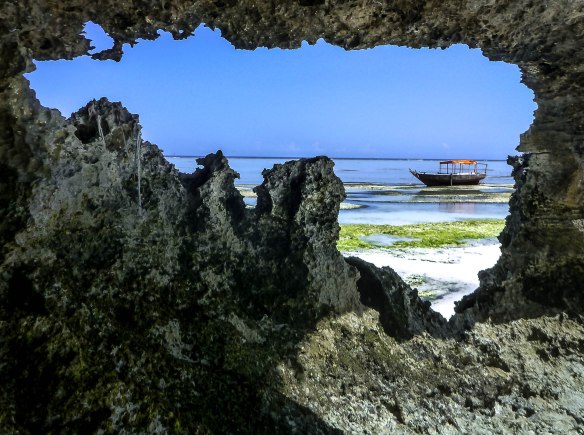 We spent our last day on safari in the Ngorongoro Conservation Area.  It’s the most beautiful of the parks.  It’s main attraction is the Ngorongoro Crater, a lush, steep-walled volcanic caldera that supports a high density of animals, including a few surviving (twenty-two), critically endangered black rhinos. And that was the end of an amazing safari.   END_OF_DOCUMENT_TOKEN_TO_BE_REPLACED 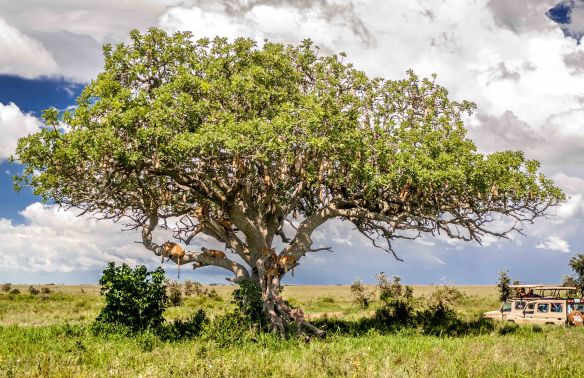 Tarangire Safari Lodge was Mandy’s favorite place on the safari, but mine was the Serengeti Kati Kati Camp.  Not only did the Kati Kati camp have a great cook who whipped up Tanzanian specialties (the best dish: banana soup), but each night they built a bonfire and told traditional folktales about the wild animals of the Serengeti. END_OF_DOCUMENT_TOKEN_TO_BE_REPLACED 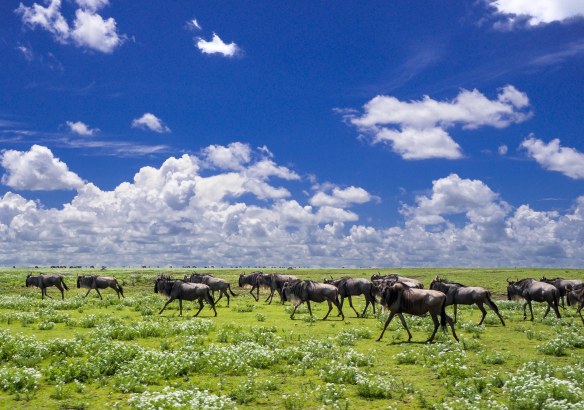 Wildebeest in the Serengeti

From Lake Manyara we moved on to the Serengeti.  The Serengeti is a vast grassy plain, intermixed with rocky outcroppings and the occasional acacia tree.  As we neared the park entrance, we encountered one of the world’s natural wonders: the great migration.  Approximately 3,000,000 wildebeest, 250,000 zebras, and 350,000 impalas were headed north on their annual journey that circles clockwise through Tanzania and Kenya. END_OF_DOCUMENT_TOKEN_TO_BE_REPLACED 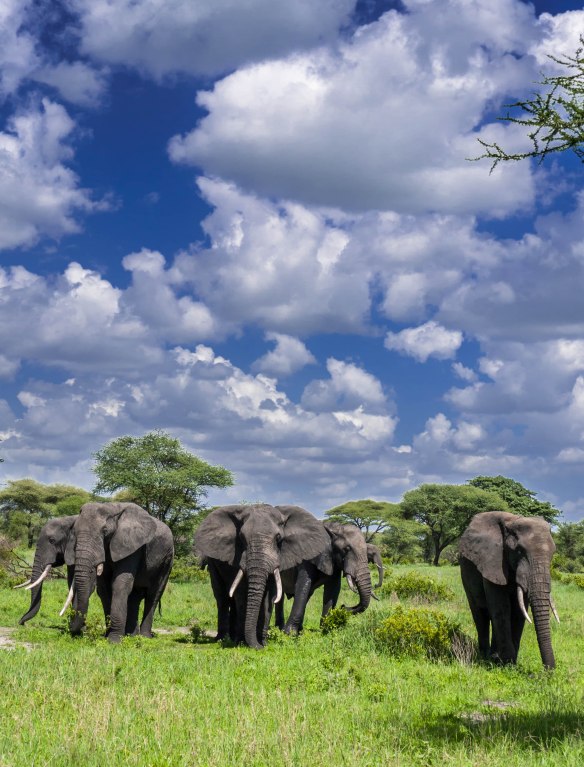 From Kigali we flew to Arusha, Tanzania.  While we were extremely impressed with the lack of corruption in Rwanda, in Tanzania that would not be the case.  For U.S. citizens, a Tanzanian tourist visa costs $100, but we’ve been traveling so long that we no longer have any U.S. currency.  Instead, the customs official tried to make us pay 100 Euros (over $133) each, rather than the actual conversion rate.

I refused and after arguing for ten minutes, he eventually let me through to use an ATM and return to pay in U.S. dollars (rather than just pay in Euros like all the European tourists who were arriving).  It was late, we were tired, and it was an annoying first impression, but we could at least smile at having won the battle.  Our experience would only get better from there. END_OF_DOCUMENT_TOKEN_TO_BE_REPLACED